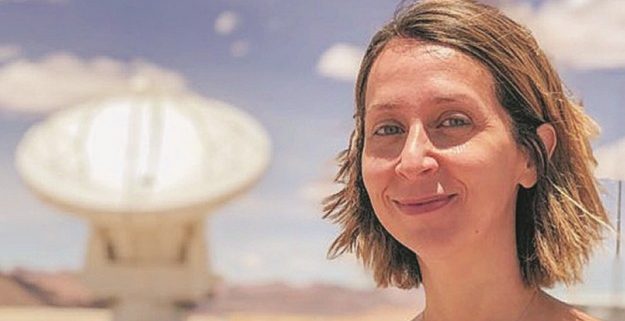 We are excited to announce that Violette Impellizzeri has joined Allegro as our program manager!

Violette received her PhD in 2008 at the Max Planck Institute for Radioastronomie in Bonn, on the topic of “molecular tori in the core of AGN”. After her PhD, she moved as a postdoc to NRAO, in Charlottesville, to work on the Megamaser Cosmology Project. It was during this time that the ALMA telescope began construction, and as NRAO was one of the ALMA partners, she soon became excited at the idea of being part of such an important project and furthering her interferometry interests. For this reason, in 2011 she moved to the Joint ALMA Observatory (JAO) in Chile as a commissioning postdoc and science fellow; during commissioning she also worked on early VLBI testing, science verification, and high frequency observing techniques. In 2014, once operations began, she was hired as an operations astronomer taking on new tasks such as the Phase II Group (P2G) Lead, ‘friend of VLBI’ and Proposal Handling Team (PHT) lead. On October 1st, she joined the Allegro ARC Node in Leiden, taking on the role of Program Manager, and is very excited to be returning to Europe and connecting with the Allegro team and the ALMA scientific community in The Netherlands.

We look forward to working with Violette and wish her all the best.