As part of the European City of Science Leiden 2022 project, Allegro has been developing a series of self-guided walking tours to introduce the public to ALMA and radio interferometry. The first tour entitled “The Great Telescope Adventure” has now launched. Participants take on the role of young researcher Robin, who is visiting ALMA only to find that all of ALMA’s antennas have stopped working. It’s then up to them to get ALMA functioning again by visiting and reactivating a number of ALMA antennas one by one. As the tour progresses and more antennas come online, the image of the object Robin is observing will become clearer revealing how the process of interferometry works. During the tour Dr Maria Gomez serves as a guide who offers interesting facts about radio astronomy, ALMA and connections to Leiden. The route of the walking tour visits several landmarks in the centre of Leiden, is 5.2km long and can be completed in roughly 1.5 hours. You can find out more about ALMAxLeiden on the ALMAxLeiden website or go directly to the English Tour or the Dutch Tour to try them out. 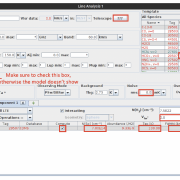 Allegro has developed a simple cookbook that describes how to use CASSIS, a free interactive spectrum analyser. It is a powerful and user-friendly software to efficiently analyse spectral lines, for example to determine physical conditions like column densities and excitation temperatures of different molecules.

The cookbook material can be downloaded from the Allegro website. It describes how to use CASSIS with a special emphasis on ALMA observations, including instructions on how to extract a spectrum from ALMA data in a format that can be read by CASSIS. The document comes with hands-on practice material that can be downloaded as well. The material contains a copy of the cookbook, scripts, an ALMA dataset that can be used to extract a spectrum from, a spectrum formatted for CASSIS, and a folder with codes and files relevant for scripting CASSIS. Detailed instructions on how to install and use CASSIS can be found on the CASSIS website.

Don’t hesitate to e-mail us if you would like to use CASSIS on the Allegro computing nodes or if you encounter any issues using the cookbook.

Enjoy CASSIS in the ALMA era! 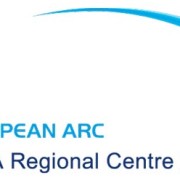 Allegro is looking for applicants for its Friends of Allegro 2023 program, which aims to expand and facilitate connections across the ALMA community in the Netherlands. This program is open to Ph.D. students and Postdoctoral Researchers at Dutch research institutes and universities. Members of the Friends of Allegro program will be given opportunities to develop ALMA-related skills and expertise further. They will also help Allegro spread relevant ALMA-related communications within their institutes. 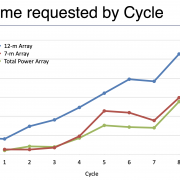 For the ACA standalone array, there were 109 proposals submitted (with, respectively, 4100 and 3000 hours requested for the 7-m and total power array). The number of Large proposals submitted in Cycle 9 was 40 (same number as last year) requesting 4349 hours of 12-m array time, 2700 hours from the 7-m array and 3612 hours on the total power array.

Getting time at ALMA is still very difficult. The Cycle 9 oversubscription rate is still the highest in Europe (39% of all proposals had a European PI) with a total of 11,000 hours requested on the 12-m array. The European oversubscription is 7.6, compared to 6.2 in North America, 5.8 in East Asia and 3.7 in Chile.

ALMA has been encouraging its users to increase the hours of time requested according to their science goals. For this reason, the overall time requested per proposal (excluding large proposals) has been slowly growing, with a median of about 12.2 hours per proposal requested for this cycle. The most requested receiver bands are Band 6, Band 7, and Band 3.

Of the total 1769 proposals submitted, 348 had Dutch participation (41 as PI) — these included 19 Large and 12 VLBI proposals. From the Dutch pool, 27 proposals were accepted with grades A+B+C (18 as PI), of which two were Large proposals, nine were VLBI proposals and one was a Target of Opportunity proposal. Requested receivers from the Dutch community range across the band, again with a higher request for Band 6 and 7 (183 and 125 proposals submitted, respectively), but there was also a notable interest for bands 8 and 9 (39 and 26 proposals submitted – 13 and 10 of those were accepted!). This all makes the Dutch community a very active and successful part of ALMA. The science categories of Dutch PIs were also evenly distributed, with slightly more proposals in Cosmology, and then an equal number among Galaxies, star formation/astrochemistry, and circumstellar disks. 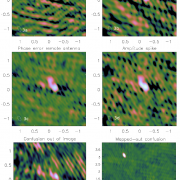 The high quality of ALMA calibrated data sets allows researchers to tune the imaging parameters to their preferences, and to produce images ready for publication in few steps.
Sometimes the exploratory analysis of calibrated datasets can also show the need for post-calibration processing. Identifying and/or diagnosing imaging problems from structured artifacts, or to identify errors induced from the observations and/or prior calibration, could save valuable time when researchers deal with challenging datasets.

Although there is extensive documentation out there for experts, a document accessible for researchers less experienced with radio interferometry was still missing. Recently, Anita Richards et al. published an internal ALMA memo (620), also available in the ArXiv, with the title “Self-calibration and improving image fidelity for ALMA and other interferometers”.

This document is an up-to-date manual with practical explanations of the errors normally found in interferometric data, and corrections that can be applied.
The main topic is self-calibration, in particular with ALMA data. However, the concepts explained are also relevant for other long-baseline interferometers.
The document includes examples and a quick-start guide for continuum self-calibration, as well as special cases.

Complementary to the ALMA Memo is the I-Train tutorial on self-calibration. In this tutorial, Anita Richards, Emily Moravec, Carmen Toribio, and Andrés Pérez explain and show examples of self-calibration. 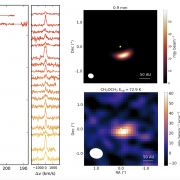 ALMA’s supreme capabilities to detect spectral lines across the Universe are beautifully illustrated in two recently published papers by astronomers in the Netherlands. Bouwens et al. (2022, ApJ 931, 160) give an overview of the design and results of the ALMA Large Program REBELS. Using an efficient selection scheme, REBELS detects no less than 18 star-forming galaxies with bright [CII] 158 µm ISM cooling lines, out of a sample of 40 z>6.5 systems. This makes ALMA [CII] searches as efficient as Lyα to find high-redshift star-forming galaxies. Brunken et al. (2022, A&A 659, A29) stay closer to home and detect Complex Organic Molecules (COMs) in the highly asymmetric planet-forming disk around the young star IRS48. The disk around this star has a very pronounced ‘dust and ice trap’ where material accumulates, and future planet(esimals) may form. Brunken et al. report the first detection of dimethyl ether (CH3OCH3) vapor in a planet-forming disk, and a tentative detection of methyl formate (CH3OCHO) vapor. The presence of these molecules shows that a wide variety of oxygen-carrying COMs are present in the birth environment of planets. As these two papers show, wherever ALMA turns its ‘eye’, atoms and molecules leap out at us.